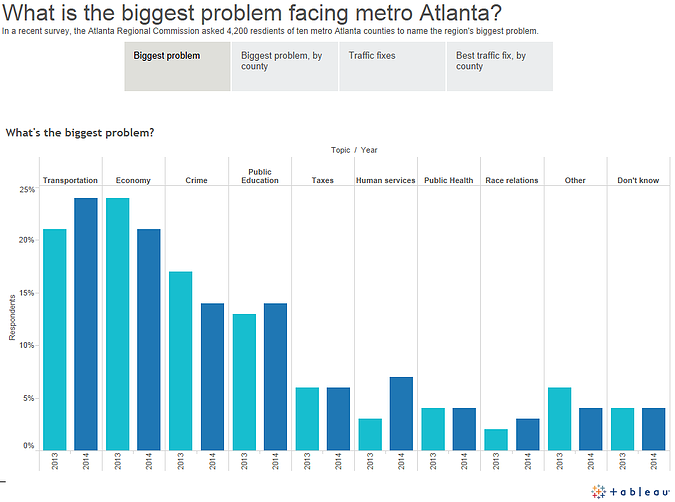 The Atlanta Regional Commission has done it again. They have done the legwork, counted the comment cards, read the mania of public opinion and scanned the scantrons from their public surveys! Well, I don’t know if anyone uses scantron anymore. Regardless, the Atlanta Journal Constitution, that sacred institution of investigation and prose that it assumes it is, has recently reported on the ARC’s findings and the results are somewhat astonishing. Drum roll… the people of Atlanta want … better transportation options! *Crash, boom, crash! *

I’m speechless. I thought the endless interstates, ever increasing particulate matter to increase our children’s susceptibility to asthma and wasted hours of economic opportunity stuck in traffic was, well, frankly put, American. Are we in Atlanta anti-American for wanting alternative transportation options? Didn’t Reagan spew a mantra so powerful ago that it’s still subscribed to today in that we deserve the “American Dream?” And doesn’t that American dream owed to people like me include three cars for myself, my wife and my infant son to choose to drive in on a 16 lane interstate that the Georgia Department of Transportation has build for us Georgians/Americans with Federal money that we don’t need because we don’t need the Federal government sticking their nose in our business even though Georgia is a subsidized state? Meaning we recieve more money from the federal governement than we contribute.

Well… I’ll be damned. We just might have us a buncha’ commies in this here city.

*data provided by the Atlanta_Journal Constitution