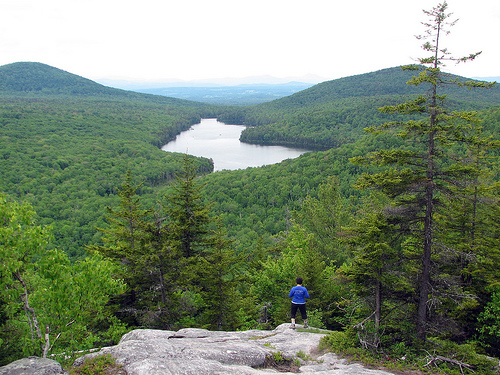 The State of Georgia legislation is having its fair share of difficulties with the most noticeable being transportation funding; at least that’s what we have been focusing on. Today on My Darling Atlanta we would like to bring to you the difficulties of another state legislation and the antithesis of Georgia state politics – Vermont. As we in Georgia squabble over the scraps to fund people moving to work, Vermont may be on the cusp of introducing history – single payer healthcare. Our Burlington contributor has the rest.

“If you kids don’t stop fighting, so help me God, no one will play with the damn rollerblades!” Insert whatever childhood treasure you coveted in lieu of rollerblades, but at one time or another these words have been uttered to you as a member of a pair of bratty siblings or pugnacious “frienemies.”

In response to the scuffle, my father scooped the skates in his arms and locked them up so neither my brother nor I had the pleasure of gliding down the street on a straight line of wheels. This turn of events was shocking, unfair, and left me feeling uneasy with my father’s ability to make sound decisions. I mean, those were my rollerblades. I never imagined that I would feel this way as an adult—especially not with the governor of my state.

On Dec. 17, 2014, Gov. Peter Shumlin of Vermont abandoned his plans for a publicly-financed health care system in the Green Mountain State. This shift happened several years after his 2010 gubernatorial campaign predicated on institutionalizing a single-payer system, potentially making Vermont the first state to provide coverage for every resident in a state, and touting healthcare as a basic human right. This turn of events was shocking, unfair and left me feeling uneasy with my governor’s ability to make sound decisions. I mean, that was my healthcare.

As a child, I pined for skates all year, begging my parents at every turn or sighting of a pair of neon wheels perfectly in line with one another roll by me. As an adult, I have had coverage, but for the majority of my grown life I have had no health insurance at all.

Correspondingly, over the years I have yearned for inexpensive contraceptives, the luxury of antibiotics, and worried about injuries throwing me into bankruptcy. I’m not alone. 10 percent of Vermonters are still uninsured. We want, no we desperately need that quality care at the affordable price we were promised.

According to Gov. Shumlin’s official website, there is an anticipated $75 million reduction in revenues for years 2016-17, causing a deficit in funding which would have pushed the costs back onto individuals and employers through income and payroll taxes. The governor and his top economists calculated an estimated 11.5% increase for employers, hitting local small businesses the hardest, and a possible 9.5% depending on income and family size for individuals.

With numbers like those, it’s no wonder that the system created by the state could not continue as is. So, after almost two years of dragging his feet on delivering the healthcare financing report the governor announced, affordability is just not possible with Green Mountain Care in its current condition. But was scrapping the whole shebang for now necessary? Was there no hope at all?

Due to his push for a universal system, Gov. Shumlin’s popularity has never been strong with VT legislature, Democratic or Republican, and his popularity among voters has certainly taken a hit. His reputation is salvageable, with the public at least.

Extending coverage to every Vermonter is a bold move, but it could prove fruitful in the end. Delivering on at least one promise—every Vermonter with access to health care—might be the olive branch needed to repair his embattled public image.

Instead of hanging our heads, we could still reap the praise and accolades of being the first state in the nation to cover every citizen. From there, we could incrementally change how we fund healthcare in Vermont and possibly the nation.

Ultimately single-payer could still have a silver lining or at least end with a step in the right direction. But until that day I still ache, literally, for healthcare to be a human right.