The Supreme Court has the potential to determine healthcare funding for millions of Americans this coming month. This means that those states that do not run their own healthcare market place—i.e., Georgia—may find themselves with neither the funding nor the federal subsidization to provide a lot of people with the care they depend on and need. What does this mean for Georgia? It means poor people are about to get a whole hell of a lot poorer if the Supreme Court rules against Obamacare.

Fox News actually did some pretty good reporting on all of this, even if the article acts primarily as a warning sign for the wealthy, as if to say “they may be reaching for the pitchforks soon.” 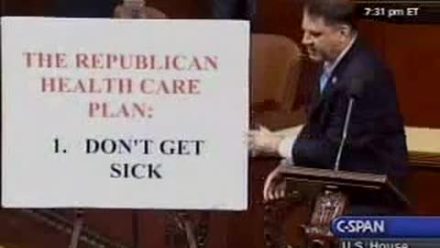 In the immediate aftermath of this decision, someone is going to be blamed. My guess (as well as Fox News’) is the Republican majority. The Republicans don’t have a funding strategy—rather, an exit strategy—from the impending shit-storm that may come dead center for their positions of power in Congress. They never have had a strategy, only a lot of “No! and Hell No!” politics. If the Supreme Court rules the Obamacare subsidizations unconstitutional, the Republicans will forever be known as the party that allowed Americans to die because they would rather fund a war than pay for the lives of our citizens. So much for Christian values.

The precedent at stake here is tremendous. It may mean a surge in “state’s rights” advocacy as envisioned by those who deemed the Civil War an act of Northern aggression upon their sovereign right to own property—i.e., people. Although almost bankrupted, the transportation fund could be easily a casualty of such a precedent. Why do you think this the BeltLine is scrambling to get as much built as possible now? That chetto doesn’t come from the hardworking Atlanta taxpayer. The feds are paying for it.

BeltLine Inc. understands that federal funding will dry up soon enough due to money mismanagement and, more importantly, partisan politics through the impending, inching success of the Republican Party’s agenda of state’s right, trickle-down economics, or the overall rhetoric of bootstrapping Americana.

The sheer fact is, we do have the money. We are not broke, and our cities, from San Francisco to Atlanta to New York City are testament to the resiliency and diversity of the American economy. For all the intricacies of caring for a national populace, we should be thankful that we can afford to pay for our people’s basic necessities of life. For now, at least. Maybe we should all take a collective beat and just be thankful we are not Greece, where the only thing they’re exporting is feta cheese and olives.

All of this. All of this economic fear, economic mismanagement, and economic exclusion are the making of the Republican agenda. Just look at the latest joke coming out of Louisiana. The New Yorker recently reported that Bobby Jindal had instituted trade sanctions on Ireland in the wake of the Emerald Isle’s recent same-sex marriage ruling. There was a sincere fear that New Orleans was going to have to pound Jager-bombs instead of Irish car-bombs due to the perceived shortage of Guinness and Jameson. So here’s the joke—Louisianans actually believed that their Governor and the ruling party is so screwed up in the head that they would actually do such a thing. All because Ireland voted YES for marriage equality and stood up for their personal freedom.

When the music finally stops and our pseudo-intellect government kicks another chair out of the circle, we will only be left with the music of our doom as we reap the rewards of the hate they have sold us. We will be stripped of our values, stripped of our humanity, and stripped of our American unity, just so the poor people can finally go away and die quickly.