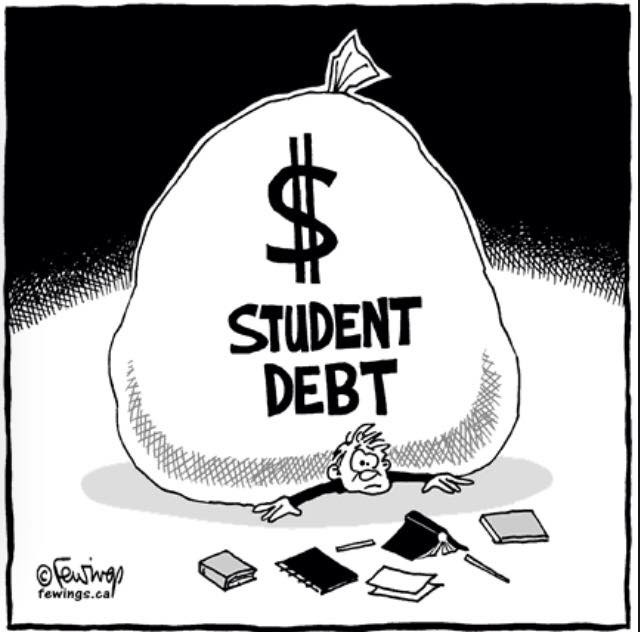 This is the 2nd article in our editorial series on student debt.

The financial crisis of 2008 and the Great Recession that followed are still fresh on the minds of the people who were caught in its wake. Businesses went under, roughly 8.7 million jobs were lost, and those unfortunate souls who were graduating from college did so in the worst job market in generations. In the years since, everyone from the most well-respected scholar to the lowliest internet blogger has attempted to pinpoint what exactly went wrong with our economy. The factors are so numerous that an entire textbook dedicated to the subject would not do it justice. Today, I’d like to focus on student debt, something we can better understand by way of mortgage-backed securities.

Mortgage-backed securities (MBS) operate under a pretty simple premise. Mortgages issued to lenders are purchased by governments, banks or other institutions and gathered into pools. The purchaser then sells an interest in that pool to investors. As long as people pay their mortgage, the lender collects a fee, the purchaser collects a fee, and the investors make a profit. However, all parties involved start losing money if the homeowner stops paying.

Despite the numerous risks inherent with private student loans, I don’t foresee a crisis in the SLABS market causing the same damage to our economy that the mortgage-backed securities did seven years ago. Of the trillion dollars plus student loan debt in the U.S., only about $165 billion comes from private loans and, unlike mortgage-backed securities, banks don’t use SLABS as collateral for day to day operations. Investors, feet still cold from 2008, have even pulled back from SLABS (although there is data that this trend has reversed in recent years).

What I find most disturbing about SLABS is that they create a system where an increase in tuition (and the debt-burden on the borrower) equals an increased profit for the investor. When you consider the role that unscrupulous speculators played in the mortgage crisis, one can’t help but wonder if a similar over-valuation of college tuition is taking place for the benefit of SLABS investors. With the cost of attending college increasing nearly 80% between 2003-2013 while wages have decreased, it’s no wonder that so many people are having difficulty paying off their student loans.

Following the financial crisis of 2008, the Securities and Exchange Commission has reevaluated their procedure for regulating asset-backed securities. In addition, organizations like the National Consumer Law Center offer help to people with student loan debt. Currently, bankruptcy is only available to student loan borrowers who can prove “undue hardship,” a legal standard that is very difficult to prove. Even if this is achieved, the lender can still appeal the decision and drag the borrower through court yet again.

Until our government grasps the negative influence that SLABS place on the student lending industry, particularly in the private sector, we are only going to see increased hardships faced by borrowers. Congress needs to re-evaluate our bankruptcy laws in regards to student loan debt as well as create safeguards to ensure that an increase in tuition is completely necessary and not simply the result of greed.