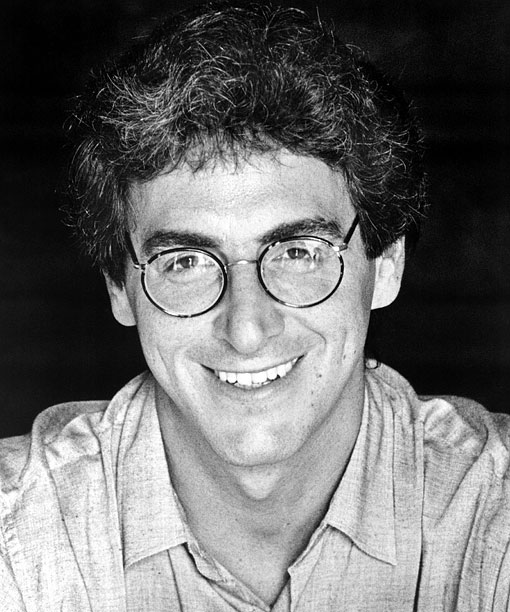 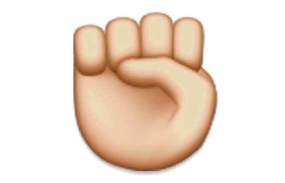 This is the fourth installment in our editorial series: Can the Millennial Dissent?

We lost Harold Ramis this year. A recent post here mentioned Fundraiser Films, a genre I’ll elaborate on, but those films go hand in hand with Ramis’ work, and no discussion of this generation’s understanding of dissent would be complete without him. Harold Ramis brought thumbing your nose at the establishment into the mainstream, and through his films, flipping the bird at The Man arguably reached critical mass. “It’s hard for winners to do comedy,” Ramis once said. “Comedy is inherently subversive. We represent the underdog, as comedy usually speaks for the lower classes. We attack the winners.” 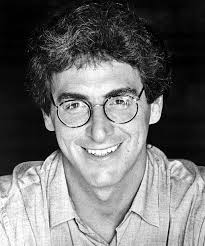 President Obama echoed this sentiment in his remarks on Ramis’ enduring legacy: “We questioned authority. We identified with the outsider. We rooted for the underdog. And through it all, we never lost our faith in happy endings.”

All of this is true and well said, although we may have overestimated the happy ending part.

By the late 80s—and with a little help from fellow Chicagoan John Hughes—these films had entered and arguably dominated the mainstream. (Just think of how many of your favorite 80s movies start with aerial footage of Chicago during the opening credits. It’s uncanny.) These films established an Underdog Narrative of Us versus Them which was to become the prevailing paradigm of its ti 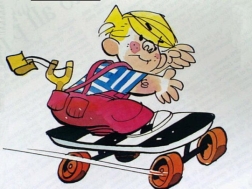 It was David and Goliath, and David always won. He won with the same slingshot that would become all but ubiquitous with our childhood heroes, latter-day Tom Sawyers like Dennis the Menace or Bart Simpson, carrying the thing like some kind of Reagan-era talisman to ward off evil corporate developers. 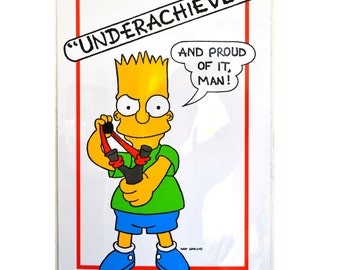 Ramis put class warfare front-and-center from the beginning. What I always forget about Caddyshack, for instance, is that Judge Smails (Ted Knight) is a red herring. He plays the old-money, WASP-y Dean Wormer type to the hilt, but the real threat comes from the nouveau-riche Al Czervik (Rodney Dangerfield), who turns the tables on the snooty judge by revealing that, far from seeking acceptance into Smails’ hoity-toity country club, he’s actually there to evaluate the property for potential condos. “The main conflict,” one critic writes, “is about grumpy, elitist assholes vs. funny, likable assholes.” This is precisely the problem. Dangerfield’s character should be the villain, except that he’s just so damn funny. And, as a newly moneyed man, he still seems like one of our own. It’s a piece of wish fulfillment, like if your buddy won the lottery.

All of the Ghostbusters (Ernie Hudson notwithstanding) were disgraced academics who’d left their tenured posts to devote themselves unflaggingly toward the thankless task of banishing the specters of the city’s collective past which even its elected officials wouldn’t deign to acknowledge. Seriously, how searingly poetic was Ghostbusters?

Still, it bears pointing out that these are coming-of-age movies in which no one comes of age. The Roman has left the Bildung, ladies and germs. I’ll say more about the present-day psychological ramifications of this fact in a follow-up post, but for now let’s focus on the films themselves.

The set-up’s always the same. They’re tearing down the local [what have you]?! Well then we’ve got to put on a [concert, telethon, whatever]!! In PCU—arguably a more effective film than its Animal House precursor—The Pit just throws a party. And it all comes down to the wire when the Rich Guy With Ponytail shows up in his limo and someone either signs the contract or rips it to smithereens and tosses it into the wind like so much confetti. In Goonies it’s Mr. Walsh, Mikey’s dad, who is somehow responsible for all 50 of his neighbors’ homes. Seriously, think about the number of 80s movies you’ve seen with this scene in it. Or the scene where the guy signs the contract using the other guy’s back as a writing surface. Signing and Tearing Up Contracts was practically its own genre in the 80s.

This is also what happens at the end of UHF. George, Bob, Stanley Spadowski et al. keep the telethon going strong, but it’s the beggar who ultimately saves the T.V. station, using the rare penny that the Evil Corporate Villain had mockingly given him by accident.

If the Beggar’s Penny conceit at the end of UHF feels like a deus ex machina, we must also admit that the entire plot of The Goonies, starting with the map in the attic, is a deus ex machina as well. If there’s one thing to learn from Goonies, it’s that the only way to save your family’s home from foreclosure and the ever-gaping maw of the Astoria Country Club is to risk your life by racing a family of actual gangsters to an obscure 17th-century pirate’s treasure. But not to worry, because that kind of thing totally happens all the time.

The same year that Goonies was raising the stakes of Fundraiser Films to include pirate booty, Brewster’s Millions was turning the whole damn trope on its head. The premise, as explained via a posthumous (and quite inexplicably white) great-uncle Rupert (Hume Cronyn) on Beta cassette, is that Monty Brewster stands to inherit a tidy sum of—you know what, you can just read the synopsis here. Or better yet, go watch it for yourself and then meet back here. This post isn’t going anywhere, after all, and John Candy’s in top form. He wears a gold catcher’s mitt for a necklace. Classic Candy.

Brewster’s Millions was a game-changer because it completely flipped the script on mid-80s greed, making it arguably the timeliest of the 1902 novel’s many adaptations. Brewster’s Dilemma (no, not this dilemma): to take one million dollars up-front or spend $30 million in a month for the chance at $300 million. He chooses the latter, and maybe that’s greed or simply his sporting charm. Either way, it makes for a much more interesting movie.

Suddenly the goal is to blow through a fortune as quickly and frivolously as possible. Uncle Hume Cronyn likens the experiment to when he was caught smoking as a boy, and his punishment was to smoke an entire box of cigars in one sitting. It’s the same basic premise from Dante’s Inferno, where each sinner’s punishment (contrapasso) doesn’t fit the crime so much as it is the crime, but in some perverted form.

So, if you’d given in to lustful passions, you and your lover would be conjoined at the hand and buffeted by hurricane-level winds. If you’d claimed to foretell the future, your head would be screwed on backward. Political grafters were sunken into tar and literally had to talk out of their asses. And so on. Squirrel Nut Zippers warned us about this.

But back to Harold Ramis. If Brewster’s Millions was the Inferno, then Groundhog Day is undoubtedly Purgatory. The fundraising stakes have changed here as well. Now the name of the game is spiritual capital, just in time for the Self-Help 90s. And that’s the plot. Phil Connors (Bill Murray) is doomed to live the same day over and over until he becomes a good enough person to deserve to proceed. In the original script, he lives obscenely long—longer than Methuselah.

Come to think of it, it’s the existential version of having to smoke the whole box of cigars. He becomes like Camus’ Sisyphus: “the workman of today works every day of his life at the same tasks, and this fate is no less absurd.” That, with a touch of Ebenezer Scrooge mixed in for good measure. Murray coincidentally had starred in Scrooged just five years earlier. Lucky for us, Airheads is a much more straightforward affair.

Airheads is a title like Nothing But Trouble or Something’s Gotta Give. The title entails some form of meta-commentary on the content of the film itself. It’s like calling your movie Hijinks Ensue. (Oh hello, spoilers? Save something for the camera, bub.) So no, the band’s not called Airheads. That’s just the movie studio’s subtle way of telling you what the next 90 minutes of your life are going to be like. (The film’s Japanese title, Hardrock Hijack, was arguably the more pertinent.) The band is The Lone Rangers—paradoxically, singularly plural, as everyman DJ Ian (Joe Mantegna) is quick to point out.

The Rangers feel entitled to airplay, so naturally they use fake weapons to occupy the local radio station—Rebel Radio, no less. The only reason the takeover works is because the staffers/hostages get wind that the station is changing formats, causing them to develop a kind of Rock ‘n Roll Stockholm Syndrome—or “Rockholm Syndrome” (patent pending)—with their would-be captors. They thus become allied as underdogs.

Airheads turns a few conventions on their heads as well, albeit (again) in a meta kind of way. Judd Nelson, John Hughes’ apotheosis of the teen rebel in The Breakfast Club, returns as his own alter-ego and arch-nemesis: the yuppie, be-soulpatched A&R exec, Jimmy Wing. Meanwhile, Michael Richards, whose mop-wielding Stanley Spadowski all but single-handedly kept Channel 62 alive in UHF, suddenly shows up in a moustache and suit to help Michael McKean transition the station into its new light-rock format. (McKean had by then already done Laverne & Shirley, This Is Spinal Tap, and Short Circuit 2, and was therefore already far too chameleonic an actor to fit this paradigm. Alas.) Meanwhile, Ramis himself ironically appears as an out-of-touch Boomer who loses street-cred points for landing on the wrong side of the Halen-Roth split (“He’s a cop!”) as well as a hypothetical wrestling match between Lemmy and God (“Trick question: Lemmy is God.”) Hell, even Ernie Hudson shows up as a cop. Consider the torch passed. So much for Goonies never saying Die.

Which brings us to the So What? moment. What was Ramis after? If we are what we eat—what we consume—then what have these films of our formative years made of us? Yes, we questioned authority. We rooted for the underdog. But we may also have bought into that idea whole-hog and overmuch. That is, instead of a healthy distrust of the established order, we may have nurtured and developed a mistakenly glamorized concept of the underdog. These movies made us forget, albeit even wistfully, the underdog’s more common name: The Loser.

At bottom, it’s a question of expectation. That’s all that disappointment really is, at the root level of the word. We thought we had an appointment—with destiny, with some future happiness—but instead the meeting got cancelled. We’ve been utterly, heart-breakingly stood up. And while the fault hardly lies with visionary filmmakers the likes of Ramis, we should at least consider that these films may have instilled in us an unrealistic expectation of how reality would play out.

That doesn’t make Ramis to blame. For many of us, these films provide invaluable consolation, wish fulfillment again. But to be clear, these films are not rags-to-riches tales of good old-fashioned American bootstrapping. They’re about maintaining the status quo at all costs, and may the snarkiest man win. These films provided the breeding ground for the slacker ethos of the 90s for Gen Xers and millennials alike—lazy local layabouts who grew to believe that being the underdog was enough in itself. But they left their pluck at home, mistook irony for power. Could it be that we’ve misconstrued Ramis, taken his work too much at face value?

Goliath was the champion of the Philistines. For forty days, twice a day (Old Testament-speak for a really long time), he defied the Israelites to send forth a champion to match him. And yes, plucky young David struck him down with a slingshot as we all remember, and proud were we of him. But then he walked over and cut off Goliath’s head. Whosoever our Goliaths be, they’ll not be slain by Gen-X pith alone.

That’s all for now. Next time, I’ll talk about how Robin Williams fits into all of this. ‘Til then, be good. And Happy New Year.

80s Ending: The Universal Ending to Every 80s Movie Ever Made