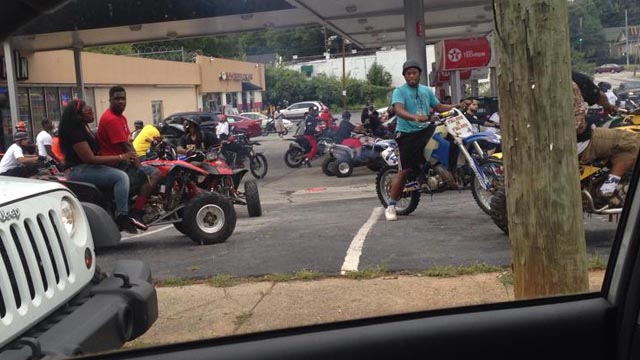 Does anyone want to talk about dirt bikes?

Does anyone want to talk about how our City parks are getting destroyed in the middle of the night by kids on dirt bikes?

Does anyone want to talk about the near misses drivers have had in running a kid on a dirt bike over because he didn’t have any lights on in the middle of the night?

Does anyone want to talk about the complete disregard for civility and society that dirt bikers reek upon good residents?

Does anyone want to talk about anarchy?

Because that’s what this dirt bike phenomenon has become – straight up anarchy. And the police aren’t doing anything?

Sure, working on a bike is keeping “the kids off drugs.” But motorcycles have been keeping generations of kids off drugs. That doesn’t mean you get a pass to break other laws. I’m sincerely furious that the Reed administration has done nothing to monitor this, and that the corrupt councilmembers of this City do nothing but pander to the notion that “the kids need something to do.”

We all need something to do!

People of all races, creeds, genders, shapes and sizes do a lot of things and they could do a lot more things if they chose to. But what they don’t do, en masse, is break every single driving law in the book so they can stay off drugs.

I want to tell wanna-be dictator Reed (because his political future is now ending) to do something about this. If he’s so worried about the economic angle as he usually is, then I say to him “I’m tired of paying for parks that are being destroyed. I’m tired of wasting more time in traffic because people choose not to obey the laws en masse. I’m tired of it all.” I’m tired of Reed not caring about the people and only caring about the bottom line. This isn’t a corporation.

Or wait—are you too busy making sure all of the roads where you own properties are newly paved with the transportation bond money? Something’s got to give.